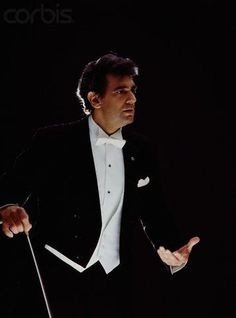 Last October, Placido Domingo renewed his contract as the General Director of the LA Opera (Los Angeles) through the end of the 21-22 Season. Domingo has always been a substantial person in the administration of LA Opera since it's opening in1986 with a performance of Verdi's Otello that featured the singer as the title role. Domingo primarily served the company as artistic consultant from 1984 through 2000, then took on the role of artistic director through 2003; that year he was named as LA Opera's general director. He has performed in every LA Opera season since 1987, and will have sung a total of 160 performances of twenty-eight different roles roles with the company by the end of the 2016-17 season. During that time he will have also conducted more than 100 performances of twenty-three different productions with the company. As LA Opera's general director, Domingo is part of a tripartite leadership team that includes music director James Conlon and president and CEO Christopher Koelsch.​

"Music is my life, and my three-decade association with LA Opera has
been one of the most rewarding aspects of my career," Domingo said in a
statement issued by the company. "I am incredibly grateful to have taken
part in the company's many artistic achievements, and I am thankful to
be able to continue leading this extraordinary opera company well into
the future. I have many hopes and dreams for LA Opera, and I'm truly
excited about everything that lies ahead for us as we begin our next 30
years. I am so proud to call this company home."

When Opera and Guitar Collide, this beautiful thing happens