Imagine you could fool the entire world into thinking that PRODUCT X is the real deal and have them pay FULL PRICE for something that has been watered down 10 times. Would you do it? Would you sell a bottle that says "100% pure organic orange juice" knowing that the product is actually only 10% orange juice and 90% water?

Wouldn't you be angry if you asked for a slice of cake and you were brought a tiny little skinny slice? Wouldn't you say that you were scammed? That is what an MP3 is! Typically, compressed audio files such as MP3 or AAC are about one tenth in size of a WAV audio file. But what does this all mean?

Well... it means you were ripped off and you haven't even noticed.

PCM audio files are a digital representation of an analog signal. Pulse Code Modulation (PCM) is the standard audio format for CDs, but also for computers and other digital audio applications.PCM is both an uncompressed and lossless audio format, quite often acting as the source data for creating other audio file types.

In other words... PCM is as close as it gets to the original sound picked up by the microphone or pickup when the music was recorded. Of course, Microsoft and Apple decided to create their own versions: WAV vs AIFF. The most common type of uncompressed audio file is a WAV file. Microsoft's WAV file is both an uncompressed and lossless audio format, essentially an exact copy of the source data. On the other side (developed by Apple) the Audio Interchange File Format (AIFF) is a standard for storing audio on Mac computers. AIFF is also uncompressed and lossless.

MP3 were designed by the Moving Pictures Experts Group and is arguably the most common and supported audio file type. MP3 is both a compressed and lossy audio format. AAC (Advanced Audio Coding) is basically the same thing but fancier because it's an apple format. Both files are significantly smaller to PCM, WAV, and AIFF.

Both MP3 and AAC files compress the sound to sampling rates between 8kbps to 320kbps. Furthermore, the sampling frequencies can be selected between 8kHz all the way up to 96kHz. The standard MP3 is sampled at 128kbps and 44kHz. The smaller file sizes of MP3s means faster file transfers and less space used, but at the cost of some reduction in sound quality when compared to lossless file formats. Ultimately, MP3 and AAC became a big deal when Sony, Apple and Microsoft decided to release MP3 players to the market under the ideal of more hours of music into one single tiny device. 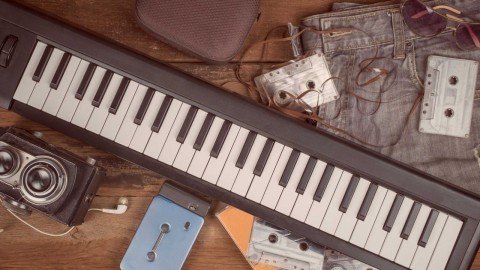 Now that you know the difference between MP3 and WAV files you can start thinking and reflecting on the matter. Let me guide you a bit here... The key word is SAMPLING. This word reveals the entire truth of the compressed audio formats. Just like when you want to sample a cake you get a taste of the flavors, MP3s are doing the exact same thing. MP3s only capture one fraction of the original audio and they give you a sample of it.

Now think of it as merengue: Merengue is basically egg whites and sugar inflated with tons of air air... it looks big but really it does not have a lot of tangible content. An MP3 does the same: it shows the same amount of seconds of the music with all the instruments and vocals but in the end, it's nothing but air!

60 minutes of music of an uncompresses and lossless WAV file equals to about 650MB. A 60 minute MP3 at 128kbps (the most common sampling rate) is only 55MB... What in the world happened to the remaining 595MB? That's it... they got chopped off and eliminated from the file during the conversion process. The machines are fooling us! 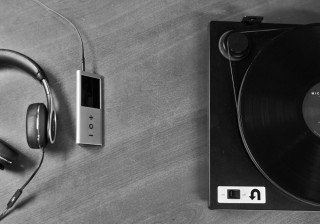 Imagine you could fool the entire world into thinking that PRODUCT X is the real deal and have them pay FULL PRICE for something that has been watered down 10 times. Would you do it? Would you sell a bottle that says "100% pure organic orange juice" knowing that the product is actually only 10% orange juice and 90% water? Would you claim that you are empowering orange orchard owners and then take 30% of the profit to grow your amazing exclusive business?

This is what is going on with the music industry. Everyone is paying full price for a file that is only a sample of the real deal. It would say it's reasonable (and honorable) to buy a real tangible uncompressed lossless quality CD... but every time you buy an MP3 you were told you were doing the right thing because it makes the artist thrive...well... no it does not... an artist makes an album and they want their music to be heard uncompressed. Distribution companies such as Amazon, Apple, Spotify etc... will water down the quality of the sound to maximize profits and take a huge cut from the sales.

Funny how the world works!

Was this ever about the VIRUS?
Argentina is hanging by a thread

More posts from author
Thursday, 31 December 2020 Was this ever about the VIRUS?
Saturday, 09 November 2019 Argentina is hanging by a thread
Friday, 27 September 2019 The best way to FengShui your music
Sunday, 28 April 2019 Can you see how Standard Tuning links to Nazis and Numerology?
Sunday, 09 December 2018 Can acupuncture really improve your performance levels?