Luciano Marazzo (born March 30, 1985) is a tenor from Buenos Aires, Argentina. Musically trained from a very young age, he was part of the studios of teachers such as Silvia Leidemann (Piano), Irma Costanzo (Classical Guitar), Maria Soledad Espona (Soprano). His musical training in Argentina goes from 1989 until 2005. After playing simple classical compositions on the piano, he moved on to continue exploring different styles and instruments.

By 2001, Luciano began playing Classical Guitar at a more refined level. He participated in small shows and presentations for the studios of his teacher and other presentations at shops, theaters and wineries. In 2002, Luciano Marazzo received an equivalency for 2 years of Conservatory Studies from the Guitar Studio of Irma Costanzo. By 2003, as his voice began to mature and stabilize, Luciano started singing opera under the wing of Maria Soledad Espona. By 2004, he had been accepted into a summer coaching session at the Teatro Colón in Buenos Aires where he received coaching from Lucia Boero.

Currently, Luciano is performing regularly in the US and South America. His signature recitals are: "Serenade" (a recital of popular songs in Spanish, French and English) and "Prosa" (A Romantic Recital for Tenor sung in Italian, German and Russian). On December 2015, Luciano made his professional Opera debut at the Moore Theater singing the Duke of Mantua (Lyric Tenor Role and Principal Role of Rigoletto). This show was staged by Lyric Opera North West under the direction of Pamela Casella and conduction of Brian Davenport.

Formation in the United States 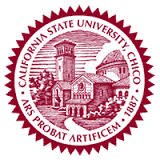 CSU Chico (2005-2009) awarded Luciano with a Bachelor of Arts with the Option in Music for both instruments in only 4 years. There he studied both Opera and Guitar under the wing of Dr. Ying Yeh and Tobin Roye.[4] During those years, Luciano got to perform numerous concerts in both fields. Honoring the Guitar Department in 2008, he was awarded the first complete scholarship for a CSU Chico Student to attend the CSU Summer Arts program in Florence, Italy. There he studied and performed for internationally recognized guitar players such as Eliot Fisk, Cameron O'Connor, Lorenzo Micheli, Matteo Mela, and Steve Thachuck. The program exposed Luciano Marazzo to interact and play solo music as well as accompanying other instruments.

Upon return to California after the CSU Summer Arts Program, Luciano started receiving relevant roles for the Operas at CSU Chico. This granted him a number of scholarships for singers such as the Emanuel Esteban Young Tenor Scholarship and the Marylin Curtis Scholarship. Thanks to those awards, Luciano began developing the following roles:

Nevertheless, Arias from Operas were not considered acceptable repertoire for recitals. Luciano's recitals were basically Art-Song Recitals. Those display a teamwork with a skilled pianist and even if those require quite a bit less effort than what an opera does, Art Songs are known for their artistry, beauty delicacy and style. Among the Art Song Repertoire collected during his years at CSU Chico: An die ferne Geliebte by Ludwig van Beethoven, numerous songs by Francesco Paolo Tosti, Trois mélodies by Gabriel Fauré and varied songs by Charles Gounod, Henry Purcell, Carlos Guastavino, Vicenzo Bellini and Roger Quilter. In 2008 and 2009, Luciano Marazzo collaborated with Justin McKay for two roles for his operas: "Alice in Wonderland"[5] and "The Salon". This was part of his work at Dr Yeh's Opera Workshop. Among his favorite Arias from his studies at CSU Chico: Il Lamento di Federico, Il mio tesoro and Che gelida manina. Pianists he worked with at CSU Chico: Jamee Haddorff, Justin McKay[6] and Jeff Cooper. 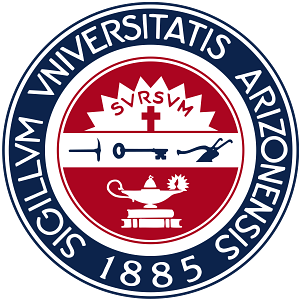 From 2009 to 2013, Luciano Marazzo attended the University of Arizona where he completed a masters in Voice under the wing of Professor Grayson Hirst.

During his studies at this university, Luciano was awarded an assistant at the department of modern languages where he taught Italian for 3 years. This allowed to cover the costs of his studies but made him take the degree at a slower pace. During this time, Luciano focused on his Art Song Repertoire and his knowledge about the History of Opera. In this phase, Luciano was following closely the coaching of his professors: Dr. Jay Rosenblatt and Dr. Paula Fan.

It was not until 2010 that Luciano established his singing career in the city of Tucson. Starting on Fall 2010, Luciano was being featured in numerous shows such as the UA Zarzuela productions held b Dr. Janet Sturman. Also often a guest soloist for the Sons of Orpheous (conducted by his teacher Grayson Hirst). Finally, he also participated in several sacred works organized by the Wieck Chamber Choir.

The University of Arizona experience was the most rewarding one. Aside of hsi active participation in the vocal program of the University, Luciano was also a guest for the classical guitar program where he got to play, perform and study with world class performers. Among them, David Russell, Renato Serrano, Felipe Magdaleno, Thomas Villoteau, Sergio and Odair Assad, and Misael Barraza-Diaz.

The University of Idaho awarded Luciano with a Masters in Classical Guitar. There, the university became a good place for him to develop a solid repertoire and ensemble pieces. The direction of professor James Reid led Luciano to explore his Argentinean roots. For his recitals and his master’s dissertation, Luciano focused on the works of Piazzolla and the history of Tango.

During his studies at the University of Idaho, Luciano was a Grad Assistant teacher delivering Music History Lectures online and designing concert programs. This practice was a big catalytic for his desire to develop a company that combined online services with live concerts. The coaching of professors such as James Murphy and Barry Bilderback had a great impact in the focus Luciano had to put on scholar works and raised the expectations of his professional career.

Starting on late 2014, Luciano founded the Online Music Guild based in Moscow Idaho. This company gave him the opportunity to develop concerts and start building a career focused on his performances. Thanks to the encouragement of his new voice teacher Pamela Bathurst, Luciano began developing his audition repertoire. This led him in 2015 to present his first professional principal role. Luciano graduated from the University of Idaho in May 2015 with a 3.52 GPA and as soon as he was finished he started touring and performing in numerous locations across the west coast.