Can you see how Standard Tuning links to Nazis and Numerology?

We all know and have experienced the power of music and sound one way or another. We all know that MUSIC can help us or bring us down to tears because it alters our emotions. But maybe that's not where it all ends. You probably already know that we, as human beings, have four identifiable bodies: Spiritual, Intellectual, Emotional, and Physical. If music can alter our emotional body, is it farfetched that it can alter our other bodies? The answer to this question clearly is "NO". We all have now seen how sound is being used in crowd control where protestors (victims) end up suffering from vomiting, and other nasty symptoms when dispersed with those "sound weapons".

Would it be farfetched to think that sound can have a direct impact on our intellect & spirit?

Something radical happened 80 years ago!

Believe it or not, there is a connection that links the current standard tuning system to the nazi regime. The decision made back on 1939 changed the musical experience for everyone in the world. Before that, instruments were tuned to whatever was reasonable for the instrument or voice. Many, however, were tuning their instruments in 432Hz. An experiment published in the Journal of the Acoustic Society of America concludes that the brain stimulation of the 432Hz tuning far surpasses the one generated by tuning at 440Hz.

This is important because TODAY, everyone tunes to 440Hz! On one side, there's an industrial convenience in favor of the 440Hz tuning. But the problem is the true meaning of the numbers. If you dive into numerology, you will start to see that all numbers have positive an negative connotations. My belief is that conveniently, No. 8 (4+4+0) is more useful to those who control the world than No. 9 (4+3+2). Many will feel that this "accident" is just a coincidence and there is no need to pay attention to it. However, the more you know about the topic, the more you start to realize that everything has a meaning. As my specialty is music and I am very fond of numerology and human wellbeing, this topic interests me very much.

So what about numerology? 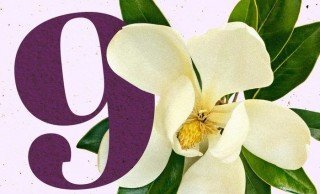 According to Numerology.com, Number 8 generates links to "honesty to a fault", "generosity", and "forgiveness". Numerolgy.com considers those to be the "positive" aspects of number 8. But imagine now a violent, repressive, and abusive state comes to life. Do you think being honest to a fault will help you? Do you think being generous to this state will benefit you? If I were you, I'd be looking how far this number goes...

On the other side, Number 9 is a far more sophisticated number. "The 9 lives in the world and understands the connections between all of mankind. It is a humanitarian, and sees no real difference between its neighbor next door and the person living in a very different culture and environment on the other side of the world. The 9 is the least judgmental of all numbers, the most tolerant and the most conscious."

While number 8 is a number that can make people quiet and submissive due to their so called "success" and "balance", number 9 is the one that can make people be conscious and take action to. Therefore, it starts to become clear why the change was made and why it matters so much. But even if that was my personal conclusion, here's a few paragraphs from numerology.com that go even further.

The 9 may be called the the "Mother Theresa" number, because when she sees injustice or suffering, she will not hesitate to devote herself to rectifying it. More importantly, she will not dedicate any energy towards receiving credit for her actions; the purity of math that is manifested when she adds to the lives of others is mirrored in the way she goes about doing good: she will not force herself upon others. But when circumstances require, she can be a powerful force, strong enough to take over and bend others to her will (just as she does when she is used to multiply any other number; she takes complete control). Yet she is not a leader in the way both the 1 and the 8 are leaders; her leadership qualities are in the higher realms of philosophy and justice. She changes your mind!

The 9 is often prosperous, but this is one of those contradictions that actually makes sense and illustrates the true nature of the 9 clearly: where the 8 becomes financially successful by focusing on the potential reward from certain undertakings, the 9 earns her financial rewards by completely and utterly ignoring the monetary potential of an endeavor; the exact opposite of the 8.

If you need more links to keep on learning about this topic, you might want to click HERE, and HERE.

Want to chat with me about it? Shoot me an email at: me@lucianomarazzo.com

The best way to FengShui your music
Can acupuncture really improve your performance le...